​The 3 Big B's: Brunello, Barolo and Barbaresco,  The Royalty of Italian Wine

﻿​Wine Lovers of NYC is proud to offer an exclusive guided tasting of the three top red wines of Italy: Brunello, Barolo and Barbaresco
RSVP HERE

Brunello di Montalcino, called by many the "King of Wines," is the most highly regarded wine of Tuscany. The first record of red wines from Montalcino date from the early 14th century but the Brunello di Montalcino style of today first emerged in the 1870s. Made from 100% Sangiovese Grosso grape, a Sangiovese clone unique to Montalcino, and aged for at least 4-5 years before it is sold, Brunello wines tend to be rich and fruit-forward and are great paired with meats and strong cheeses.
​ 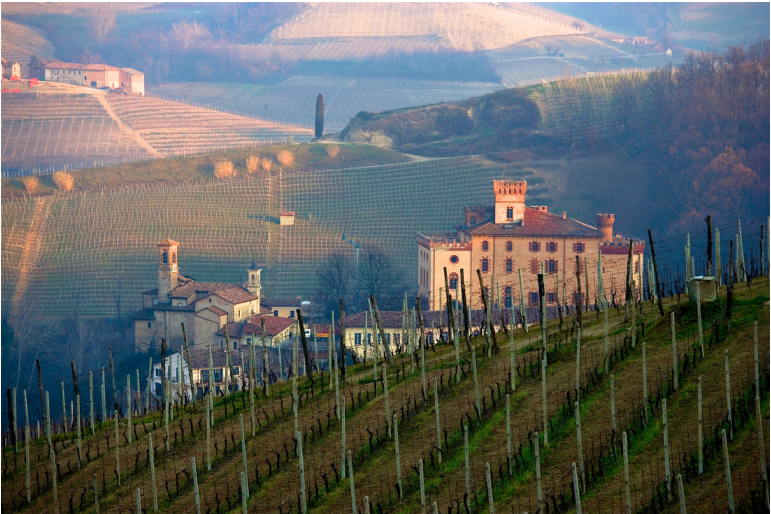 If Brunello is the "King of Wines" Barolo is "The Wine of Kings, the King of Wines. " Barolo is produced in the area south of Alba (including the village of Barolo) in the Piemonte part of northern Italy. Made exclusively with the Nebbiolo grape, the wines are, as described by the British wine expert Jancis Robinson "rich. concentrated and heady wine, with pronounced tannins and acidity." It is said that one should best wait at least 10 years before one can truly enjoy a good Barolo because of their strong tannins , although some producers are now making wines that can be enjoyed earlier. Originally developed in the 1830s by either a French oenologist who was invited to the area or by an Italian oenologist, Barolo was the favorite wine of the nobility of Turin and the ruling House of Savoy, hence the "Wine of Kings." Today Barolo is regarded as one of the great, if not the greatest, Italian red wine.

Barbaresco, also from Piemonte and also made with the Nebbiolo grape might be considered the "Queen of Wines." It is aged for a shorter period and many Barbaresco wines tend to be lighter and more delicate than Barolos. It is regarded as a great expression of the Nebbiolo grape and is a favorite of many wine lovers.

​Take a look at this great video that explains the differences between Barolo and Barbaresco.

The Wines of Barolo and Barbaresco from GuildSomm on Vimeo.

​We are privileged to have Camacho Vidal, a leading Italian wine expert, lead our tasting. A former banker, Camacho has been in the wine business for more than 10 years and loves to taste and talk about his favorite wines from Italy!
RSVP HERE